Venezuela through the eyes of a native working woman 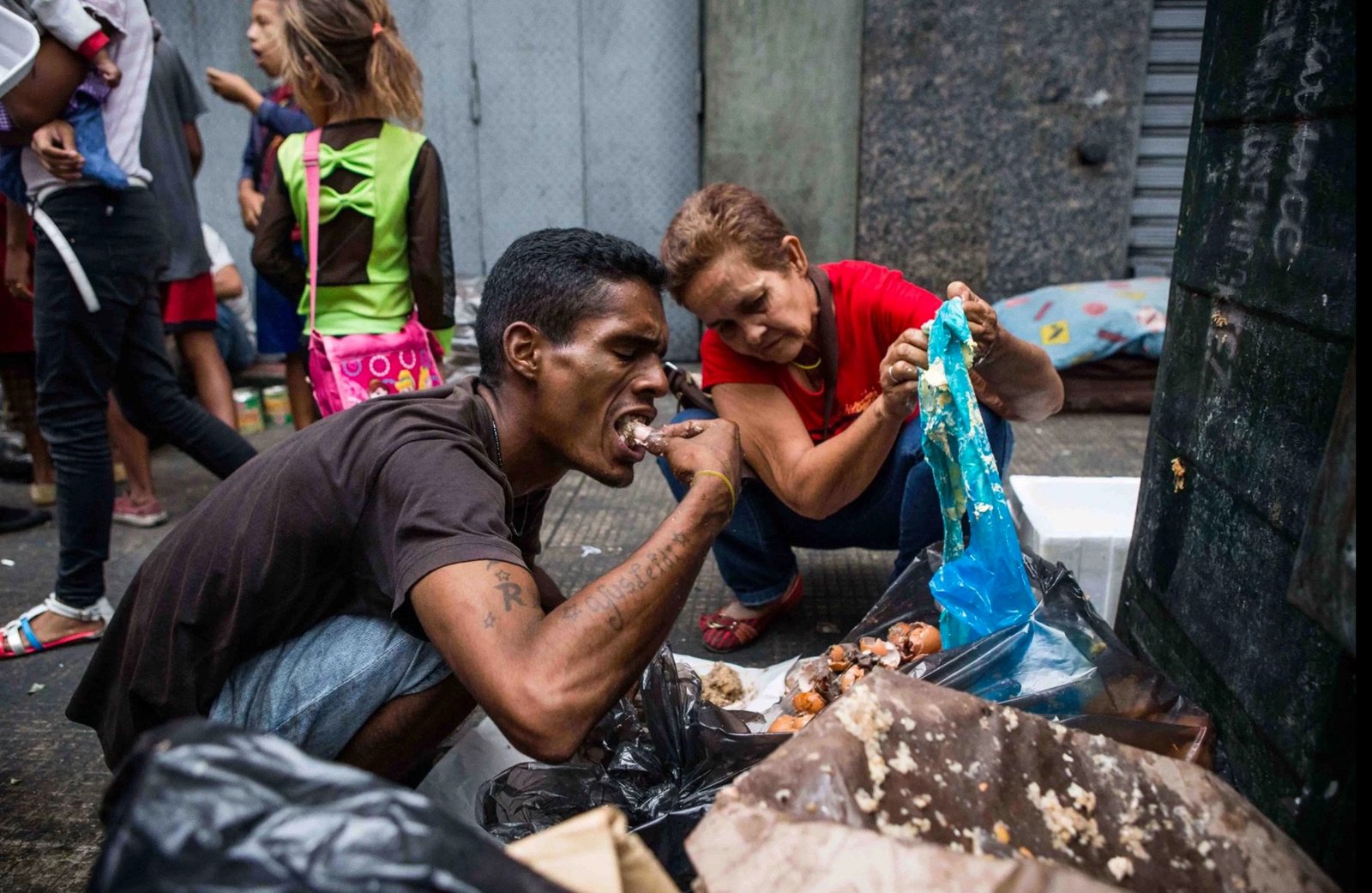 My name is Ana Salas, I work in the educational area, and in this very moment, I may be one of the few Venezuelan not submitted to starvation. And it is also by the little amount of money that I make in Brazil by teaching Spanish that my family is safe from falling into a total misery.
By Ana Salas.

Like me, thousands of workers in Venezuela leave without any hopes of ever coming back. Do they leave because they are right-winged? No. Do they leave in opposition to the so-called “socialist government”? Or because they support a North American intervention? No. They leave because Venezuela’s social and economic conditions are similar to war-torn countries or to those devastated by natural disasters. However, the greatest catastrophe occurring in this Caribbean nation has a political nature, which leads millions of people to extreme hunger, causing unbelievable cases of sub-nutrition among workers – they weight, in average, 9kg (20lbs) less than regular standards. Also, people struggle with daily power shortages – which interrupts the hospitals routine – and the increase of urban violence, involving State’s repression agents and its paramilitary groups in the hills of Caracas.
Chavismo as a farce
The so-called “Chavismo” rose as an apparently revolutionary way out of the crisis that started as a popular riot, which has been known as “Caracazo” (1989). In the absence of a truly socialist and revolutionary leadership, Chávez, representing a nationalist bourgeois fraction of the armed forces, managed to channel the workers’ anger – due to the harsh reactionary attacks that started in Carlos Andrés Pérez’s second mandate – to his own political project.
However, there is an abyssal gap between Chavismo’s rhetoric and its practice, which are now clearer to every worker who used to believe in the “XXI Century Socialism,” as me and several other millions in and outside Venezuela.
Instead of a real socialist and anti-imperialist program, Chavismo, from Hugo Chávez to Nicolás Maduro, kept Venezuela chained to imperialism, whether by payment of the foreign debt or by favoring the native parasites, which through the State apparatus and almost exclusively through oil incomes, became a “Boli-bourgeoise” (Bolivarian bourgeoisie). This sector of national bourgeoisie behaves like a corrupt, fiercely authoritarian force, which keeps business with international bankers, and at the same time acts as some kind of representative of the sub-metropolis for the Caribbean islands, which depend on Venezuelan oil to survive, reason why Maduro’s government has the support of the regional governments.[1]
Yet, Chavismo supporters around the world could enquire us about the social programs created and its benefits to the population. Well, if regarding its economic policy, there has not been the slightest confrontation with capitalism and imperialism, in its social policy, Chavismo kept faithful to the so-called “international agencies” guidelines, despite applying some layers of red ink to it to appear as a revolutionary.
Known as the “Misiones,” Venezuela’s social programs not only were proposals of the UNESCO and the World Bank as they were applauded by them. For example, the popular market created by Chavismo, the Mercal is not capable of catering the needs of poor neighborhoods in Caracas and other cities. So we ask: why was the Mercal program never attached to a radical land reform? Maybe Lorenzo Mendoza – Polar’s group businessman and food sector monopolist, who made deals with Maduro’s government – can answer this.
The right-wing opposition is not the answer. It is part of the attempt to defeat the people. One of the greatest deceits that the reactionary right-wing has been presenting is that the MUD (Democratic Unity Roundtable) of Leopoldo López and Henrique Capriles fights side by side with Venezuelan workers. This is a lie! The clash between Maduro’s government and the MUD is all about power and oil income, while workers are struggling to survive. It is not by chance that the MUD legitimises the regional elections called by Maduro in an effort to divert the riots, which are sweeping the country.
Besides, it is still fresh in Venezuelan workers the open pro-Washington policy adopted by this same right-wing sector, in power at the time, who today claims to be “opposition.” This is why it is not surprising that even though the MUD asked the people to leave the streets, the poor youth continues confronting the bloodthirsty Bolivarian National Guard with sticks, stones, and improvised shields, as it is responsible for more than a hundred deaths, five thousand arrested, and dozens of tortured under custody of Military Justice, which is carrying out something very similar to what the military dictatorships of South America did against the oppositions in the respective countries.
What’s the solution that leads us from the streets to seize the power?
I started this text claiming that the humanitarian crisis that Venezuela is going through was not caused by a natural disaster but political. But the biggest catastrophe – with all the strength that this word may have – is not the huge misunderstanding that Chavismo has caused to workers by connecting his nationalist and bourgeois program to Socialism, but the shameless support given by the majority of leftist movements to this project, which in fact strengthens the far-right in a way that it shows itself as the only possible solution to the popular yearnings. Like this, Chavismo and the extreme right-wing feed of each other, creating two “fields” with the same class perspective: bourgeois.
Thus, as authentic ruling class projects, both Maduro and the MUD are afraid of what they will not be able to avoid: for the mobilization to give birth to a leadership that not only brings back the food to the poor’s tables and recover the sovereignty of the country, but that also destroy this capitalist State, which from time to time, disguises itself to maintain its essence: to be a business counter for companies and businessmen – in the case of Venezuela, an oil business. And so, the leadership needed can only be revolutionary and socialist, not just in appearance but in essence.
***
Translation: Victor Serino.
Notes:
[1] Antigua & Barbuda; Haiti; San Cristóbal & Nieves; San Vicente and the Grenadines; Santa Lucía, and Suriname are the Caribbean nations that still support the Maduro administration because of its dependence on Venezuelan oil.