The rise and fall of Labour 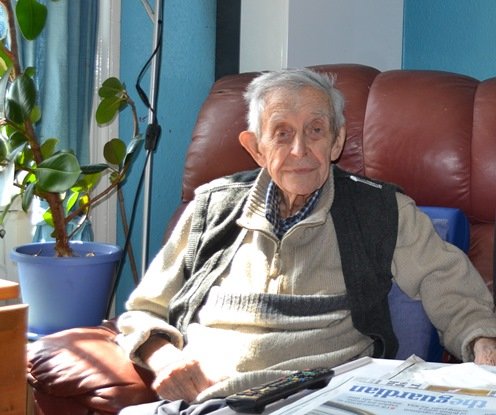 Histories of the Labour Party and tales of Labour heroes can perform a very specific function. They can ‘legitimise’ woolliness, lack of theory, class-collaboration and opportunism as a natural and beneficial product of British conditions and as being in line with the superiority of British institutions to those of other countries. The argument goes that the British Labour Party arose from advantages unique to Britain, advantages not in the possession of ‘lesser breeds without the law’.

Typical is Francis Williams in his Fifty Years’ March, published to celebrate the fiftieth anniversary of the Labour Party, with a foreword by Clement Attlee, the party leader at that time. Williams describes Fred Rogers, the first chairman of the Labour Representative Committee which in 1908 adopted the name Labour Party. He tells us that Rogers was ‘indeed a practical Christian, of a kind which has fortunately been frequent in the British Labour Movement. Perhaps no man among them all could better have represented the qualities which have given the British Labour Movement its special character.’

That character thrives best in a constitutional framework which does not impose upon it the rigidness of a doctrinaire philosophy or even of a narrowly defined practical programme, but leaves instead sufficient freedom for the interpretation of events and needs and the common sense application of fundamental philosophies according to the circumstances of the time.

The labour movement in general and the Labour Party in particular are thus peculiarly British. One final quote from Williams: ‘The Fabian Society gave British Socialism much of its intellectual content more rooted in British reality and natural attitude of mind of British people than Marxism.’

Here, of course, we are in the presence of one of the most widely spread of myths: that Marxism is something alien to the inimitable development of Britain. Today, it is true, there exist leaders of the Labour Party who will tell us that Marxism has made a ‘contribution’. They are even prepared, like Tony Benn, to name Marxism as one of the factors going to make up the Party. Michael Foot himself, has recently been found (Observer January 10, 1982) to praise not only the contribution of Marx to socialism, but also of Trotsky — while, naturally, declaring himself against any of today’s Trotskyists. But this type of acknowledgement of Marxism is grafted onto the doctrine of British exceptionalism. The importance of our movement is our Britishness and the labour movement has developed trying to resolve the problems of our nation.

Mr. Morgan Phillips, when he was General Secretary of the Labour Party, once said that the Labour Party owed more to Methodism than Marxism. Mr. G.D.H. Cole in A Short History of the British Working Class Movement told us that the Independent Labour Party was the ‘soul’ of the movement which brought about the Labour Party while the Fabian Society was its ‘brain’. The ILP he described as ‘humanitarian radicalism adopting a socialist policy as the means to a more equable distribution of wealth and happiness’.

Francis Williams, Morgan Phillips, G.D.H. Cole and Tony Benn — who directs us to look at the Bible as being part of the coalition of forces on which the Labour Party is built — this brigade sounds off from right to left about the practical Christianity, Fabian evolutionism or woolly ILP radicalism combining to form the Labour Party. We have to admit that, in one sense, they are absolutely correct. It is these ideas plus much more of what, from the point of view of socialism, can only be called backwardness, which have formed the official ideology, the ideology of Labour Party leaders.

“The outlook of the leaders of the British Labour Party is a sort of amalgam of Conservatism and Liberalism, partly adapted to the requirements of the trade unions, or rather their top layers. All of them are ridden with the religion of ‘gradualness’. In addition they acknowledge the religion of the Old and New Testaments. They all consider themselves to be highly civilised people, yet they believe that the Heavenly Father created mankind only then, in his abundant love to curse it, and subsequently to try, through the crucifixion of his own son to straighten out this highly knotty affair a little. Out of the spirit of Christianity there have grown such national institutions as the trade union bureaucracy, MacDonald’s first ministry and Mrs. Snowden.” (Where is Britain Going, Leon Trotsky, pp.36-37)

When they tell us that this ‘coalition of forces’ is the strength of the Labour Party as an instrument for socialism they are talking absolute and anti-working class nonsense. In fact, they are saying that opportunism is the prime strength of the British movement and thus giving to themselves the right to continue as opportunists.

The real history of the Labour Party and the lessons from it are vital for workers today. For we with our fathers and grandfathers have paid a price for the Christian Socialism, woolly pacifism, wordy radicalism and Fabian reformism which came into the Labour Party from the capitalist class, and dominated it.

History as told has been stood on its head. In reality, it is not Marxism that came into the labour movement out of line with the development of the major historical force in Britain — the working class. Those who uphold Britishism as against Marxism cover the truth — that Marx and Engels and the group around Engels in the 1880s and 1890s, played a central role in the breaking of the working class from the capitalist parties.

Those who fought consciously for an independent working class political movement in the latter half of the nineteenth century were Marx and Engels and the men and women influenced by them. The Marxists represented the essence of the movement of the British workers; it was the opportunists, the various brands of bourgeois radicals who grafted themselves on to it.

To look at the last half of the 19th century in particular, and fail to see it, so to speak through the eyes of Marx and Engels, is to see only an inexplicable collection of events. It is incontrovertible that only Marx and Engels foretold the major developments in the working class and only Marx and Engels prepared for them. Their strength was that they saw the decline of capitalism inside its greatest expansion. They saw the centralisation and concentration of capital in the middle of the greatest apparent strength of Free Trade, competition and laissez faire. And, above all, after the collapse of Chartism they envisaged and fought for the rise of working class political independence. They represented ‘the future in the present’. This came out of their understanding of the fundamentals of capitalism and of the laws of history. And any explanation of the development of the working class in this period has validity in proportion to what it owes to Marx and Engels.