The July Days: Preparation and Beginning – Part I 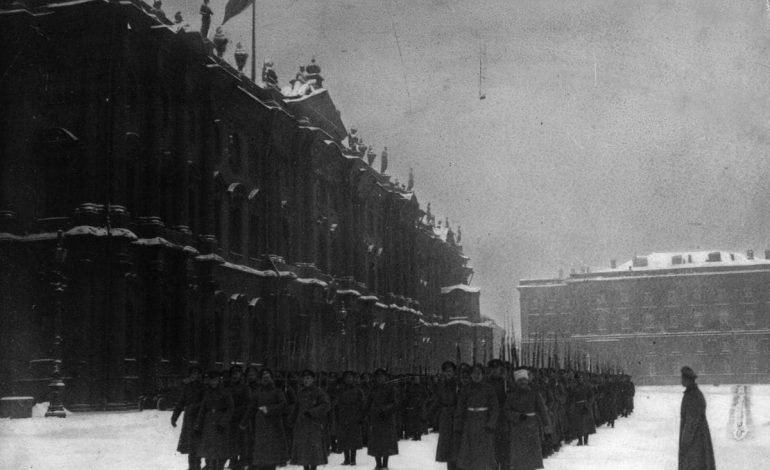 León Trotsky
Chapter 24 – The History of the Russian Revolution
https://www.marxists.org/archive/trotsky/1930/hrr/ch24.htm

Introduction
In the introduction to the previous chapter of The History of the Russian Revolution on the demonstration of June of 1917 (according to the former Julian Russian calendar), we said that June and July were an inflection point in the revolutionary process that led to October.
“Workers and masses that featured the February revolution understood quickly that throwing down the Tsarist regime was not enough to achieve their demands (Peace, Bread, and Land); and the bourgeois provisional governments that came since February (integrated and supported by the reformist left-wing currents, like Mensheviks and Esserists) had no intention to solve that.”[1]
The situation of the masses was worsening due to the war efforts by the Esserist Minister Kerenski against the German Army. The inflation and shortage of vital goods made the situation unbearable.
As a consequence, workers and the masses (essentially, the base of the army) were turning to the left regarding their understanding of what needed to be done to solve their problems, while the leadership of the Soviets (Mensheviks, Esserists and other currents) were turning more and more to the right, embracing the bourgeoisie and trying to hold the course of the revolution.
This contradiction was deeper in Petrograd (Capital of the country and vanguard of the revolution), where the Bolsheviks had a wide majority in the local Workers’ Soviet and leadership influence in the most advanced segments of the armed forces (like machine-gun shooters and the Baltic sailors fleet).
The clash between these two opposite dynamics was expressed in June, with a pacific demonstration in which it was clear that the Bolshevik policy had the majority among the masses in the Capital.
But it was in July that it exploded violently – on July 3rd, when essential segments of garrison soldiers and naval bases set in the Capital and the workers of the biggest factories, all organized and in coordination, called a major armed demonstration under the slogan “All power to the Soviets”. The estimated participation number is 500,000 people.
The objective dynamic of this demonstration led to the insurrection and to violent clashes with the opposing forces, posing the matter of seizing the power as something concrete. As an example, Trotsky quoted the threatening phrase of an old worker to Chernov (back then, President of the Soviet): “Take the power, you son-of-a-bitch, when they give it to you.” But neither Chernov nor the majority of the Soviets wanted the power.
Trotsky dedicates three chapters of his book to describe and analyze the July processes. On the last one of them, he states that the Bolsheviks could have led and executed the seizure of power in Petrograd (and in some other important urban centers), but the situation – of the soldiers in the front and the poor peasants – was not yet mature to face a new revolution, although it was moving rapidly toward it. As Trotsky points out: It is not enough to take the power. We have to secure it. The leadership of the party correctly considered that the situation was not at that point, yet.
Based on this analysis, the policy of the Bolshevik leadership was, first, to try to stop the demonstration. Then, after verifying it was inevitable, it took the lead to organize it and hold it as to avoid a premature clash. There were, of course, minor military episodes due to the action of the counter-revolutionary armed forces and snipers’ attacks, and its consequent response by the demonstrators. But the Bolsheviks managed to avoid a definitive confrontation and defeat.
However, the result of July Days was a defeat (the first and only one) of the revolutionary process opened in February. From here, a short reactionary period will open, in which the conciliatory parties believe they have “domesticated” the masses, and the bourgeoisie considers that the moment to inflict a decisive defeat to the revolution has come. Both goals were expressed through attacks to the hated Bolsheviks: the headquarters and printing of the party in Petrograd were attacked; Lenin had to go clandestine, and Trotsky was detained.
But, thanks to the Bolsheviks’ accurate tactic, this was just a circumstantial defeat, and a few month later the revolution came back with all its strength and led to October. One of the most brilliant analyses of the deep meaning of July Days was later made by Miliukov, the main bourgeois leader of the time, who characterized these Days as a “general rehearsal” that would later become – corrected and augmented, in the true seizure of power.
**
[1] https://litci.org/en/the-soviet-congress-and-the-june-demonstration/