Liverpool City Council: Vote for OSAC's Martin Ralph on 6 May 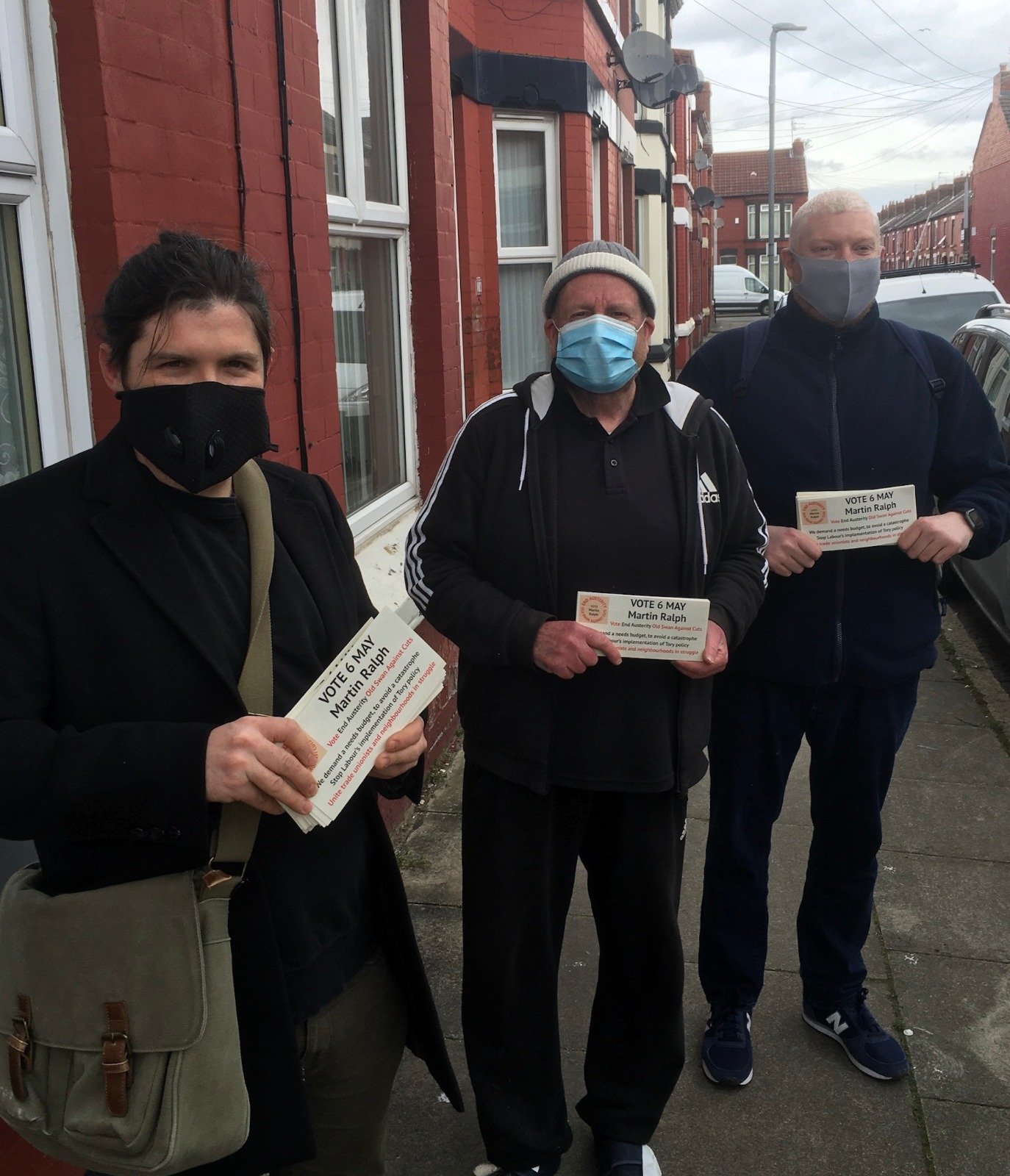 We demand a needs budget, to avoid a catastrophe!

Unite trade unionists and neighbourhoods in the struggles!

After more than a year of Covid and eleven years of austerity, too many have died unnecessarily. Inequality and suffering have continued to rise, attacking and seriously harming our communities.

Government Covid policy has been an incompetent shambles, too little too late, and tragically more than 125,000 people have died.

Councils are cutting services because they are £1 billion in debt. By adopting a Tory idea that there is no alternative than to make ‘savings’, yet again services are cut. We are being forced to pay the price for their economic crises –while they cut NHS services yet hand£37bn to private companies for the test and trace disaster.

We condemn corruption and Labour council mismanagement and collusion with Tory cuts policies. This has allowed the Tory party to get away with their own double standards, send its Whitehall squad to ‘run’ Liverpool, which will lead to more attacks on our services and jobs. It is a take over by Whitehall. Hands off Liverpool. No cuts. No closures. Protect jobs.

The only way to stop the government from riding roughshod over our communities, our health, our education, our jobs, is to build mass resistance of unions, community and social movements. Fight Tory austerity and privatisation.

Within hours of launching the election campaign, new members picked up our OSAC leaﬂets. On Facebook, we started getting messages of support from BLM and others. “I used to work with Martin at Liverpool Uni UCU where he tirelessly worked to improve the conditions of staff at the University despite being retired himself and not strictly having a boat in the race. I wish he was running in my area, he’d certainly get my vote. Good luck to you Martin and Old Swan.” (Dave Stewart).

If oppression is not fought everywhere, it is fought nowhere

For End Austerity – Old Swan Against the Cuts, there is a story to tell about discussing with residents almost every time we go out, even though, because of safety Covid restrictions, residents are much more cautious about speaking on doorsteps (not to mention the cold).

The new members of OSAC say that there are no negative feelings against OSAC when giving leaﬂets to people. On the tenth day of campaigning a resident came rushing up to us and asked us to stop walking. We stopped but you never know what will happen next.

He gave a £20 donation to OSAC. He said the leaﬂet is good and agreed with the demand to unite the unions and neighbourhoods in the struggle. He liked that we supported BLM and mentioned the International Socialist League. He took 10 leaﬂets to give to his mates and said, “I’ll make sure they read it”.

Later we went to his house and he took 2 posters, he had just left the Labour Party disgusted with Sir Keir Starmer and said they started pushing the ‘Sir’ when he became leader. His father had told him, “If oppression is not fought everywhere, it is fought nowhere.” We agree completely.

Liverpool Labour shows the decline of the Labour Party’s moral standards, as they voted to cut services and jobs for 11 years. It has become a habit, even though they couldn’t deny in all these years the cuts all Labour councillors have voted for will kill residents.

So after two weeks with eight helping in the streets, we have delivered 2000 leaﬂets, eight posters are displayed (no OSAC member has seen any Labour posters), and £100 has been donated.

Let’s unite unions and neighbourhoods in struggle, let’s build OSAC, help us in the election against the Tories and Labour. Let’s build a workers’ and socialist alternative based on workers democracy.