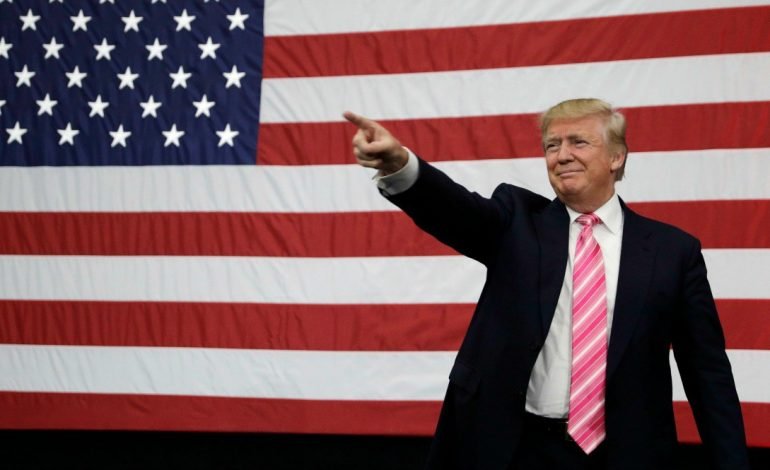 There is a generalized interpretation that Trump’s triumph is the symbol of a “reactionary wave” around the world.
But this is not the only interpretation that has nothing to do with reality: there is also a stand that shows Trump as progressive. Such is the understanding of part of Kirchnerism [Argentina], for example.
By Alicia Sagra.
To Guillermo Moreno, Trump is “kind of Peronist” and he defends him, saying that the new U.S. President “established the national element as the north of U.S. politics”. When these statements were first known, many thought it was just another nonsense of the usual for the former Foreign Trade secretary.
But it does not seem to be another nonsense. This stand was preceded by others by the former president [Cristina Kirchner], which were at least confusing: in a speech in the National University Anotnio Jauretche, Kirchner did not make any critic to the new U.S. President; she just said someone won in the U.S. that makes of “proteccionism, U.S. workers and the national market his main flag”.
And Daniel Scioli, after the inauguration speech, twitted: “If I have to choose one phrase of Trump’s speech, it is defending national industry and work. #ArgentinaFirst!”.
Nationalism of the Oppressor and of the Oppressed
It is true an important percentage of Trump’s votes come from white, hetersoxual male workers. It is true those workers did not vote for him because they are Fascist but because they trusted his promises of bringing their jobs back.
But not all stands the workers take are always right. White, heterosexual U.S. workers are not Fascists but a major number of them are a privileged segment of the U.S. workers as a whole. Thus, used this to divide the working class by puting those white workers against Black, immigrant, female and LGBTs, in the same way many times the Argentinian workers, in times of crisis, are convinced that the Bolivian, Paraguayan, Chilean and Peruvian immigrants are responsible for the unemployment or lack of medical assistance in hospitals.
White, Heterosexual Workers of the U.S.
This tendence of Kirchnerism sees Trump as progressive and tells us his protectionist measures against Mexicans and Latinos in general are the same as the ones implemented in Argentina to defend national sovereignity, such as the confrontation with the British pirates in Malvinas [Falkland] War.
Nationalism will never be a solution for the workers. On the contrary, we will take a leap when we understand what our Spanish comrades say: “Native or Immigrant, the same working class” [Nativa o extranjera, la misma clase obrera]. We all have the same enemies: imperialism and the governments that implement its plans. And if this consciousness does not exist yet it is because of the lack of a world revolutionary leadership we still have to build.
Not all Nationalisms are the same. In the 100 anniversary of the Russian Revolution, once again we must remember Lenin, the maximum leader, who said when it comes to Nationalism we cannot talk in general but we need to make “a concrete analysis of the concrete reality” instead.
In Argentina, Brazil, Paraguay, the nationalist stands in favor of the struggle on the defense of natural resources, nationalization of energy, railways, etc., are progressive, because although the problem will not be solved by only those type of measures, they lead to confront imperialism.
On the contrary, the nationalism of imperialist countries, like the measures Trump proposes (to close the borders for immigrant workers and products coming from semi-colonial countries) are absolutely reactionary. Just like Tatcher’s attacks during Malvinas War “in defense of national interests” of the British imperialism. Those are measures that double the level of oppression and exploitation of most countries in the world.
Should We Implement Trump’s Measures in Argentina?
Such is the orientation that comes from the Kircherist leaders’ statements. The interesting part is that this is exactly what Macri’s government in trying to do through decrees and excecutive laws on immigration. Decrees that, of course, are not against Chevron which is taking our oil, nor against Benetton, sacking and repressing the Mapuche people, but against Bolivian, Paraguayan and Chilean workers that come to Argentina to work. And some, like the deputy Alfredo Olmedo and the prosecutor Luis Bruno, both from the province of Salta, go even further: they request to build a wall along Bolivia’s border.
We do not think Kircherist workers and students that preach about national sovereignty and Latin American unity agree with these policies. So we call them to be part of the millions that in the U.S. and the world are mobilizing in repudiation to Trump and his policy
***
Translation: Sofia Ballack.